Potterton Commercial offer a range of high efficiency boilers for a variety of commercial applications. 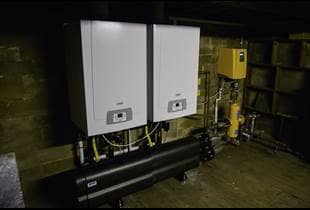 Parishioners at a Grade II listed church in north London have been saved from the prospect of a freezing cold congregation at Christmas, after a team of heating technicians replaced the system in double quick time without affecting the building’s architectural beauty.

The nineteenth century church encountered issues with its heating system after its old non-condensing section boiler – located in a basement plant room – failed just two months before its busiest time of the year. 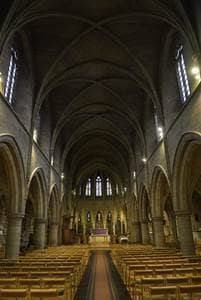 With the basement suffering from regular flooding, an on-site survey by experts from Christopher Dunphy Ecclesiastical Limited and Potterton Commercial was done to identify an alternative location.

It was during this survey that a hidden roof hatch was found that could act as a plant location. This discovery meant that two efficient Potterton Sirius Two WH 110kw condensing boilers could be installed using the Sirius Two cascade and pipework header kit, helping to ensure more cost effective heating well into the future.

The new system was installed in half the usual time so that the equipment was up and running in plenty of time for the Christmas Eve service.

Support for your project

Our aftersales services are designed to support your project after installation.

How we can support your project

If you require aftersales assistance, contact our customer support team.